What Are Saskatoon Berries?

A saskatoon berry is also known as a service berry, shad berry, sugar pear or simply, a saskatoon. These delicious berries are famous in the Canadian Prairies, but found throughout Canada and in some northern areas in the United States.

What is a saskatoon berry?

There is a lot of buzz going around lately about the rising popularity of the saskatoon berry plant.

The saskatoon berry looks a bit like a giant blueberry, but grows on a bush. A mature saskatoon bush can grow to a height of six or seven metres. At this point the bush resembles a lanky tree. The one that grows behind my cabin is now more than 20 feet tall.

The saskatoon’s taste is quite unique, although the blueberry would likely be the closest cousin when comparing its flavour. Some sources say the saskatoon bush is a member of the apple family, while others declare it is related to the rose. My vote goes with the apple crowd.

In late May or early June the saskatoon tree is in full bloom with a beautiful display of white flowers. 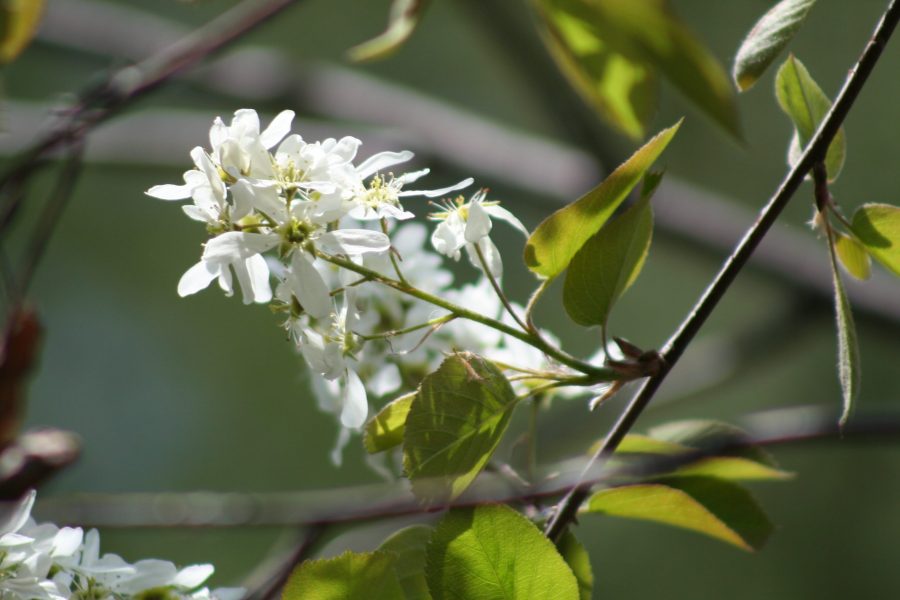 The saskatoon bush is extremely hardy and the flower blossoms are capable of surviving a strong, late-spring frost.

The tough nature of the saskatoon tree would explain why it thrives in some of Canada’s harshest environments. This may also be the reason the tree is gaining favour with landscapers and hobby gardeners across the country.

The saskatoons have always been an important food source for the First Nations tribes who historically used them to make pemmican. In some areas the tradition still continues.

The fruit is also the favourite wild berry of many families who settled in the prairies and are still living in Saskatchewan, Manitoba and northern Ontario.

The common name actually comes from the Cree word for this important fruit: mis-sask-qua-too-mina. English-speaking settlers must have had trouble with the Cree word and decided to shorten it to something they could remember. 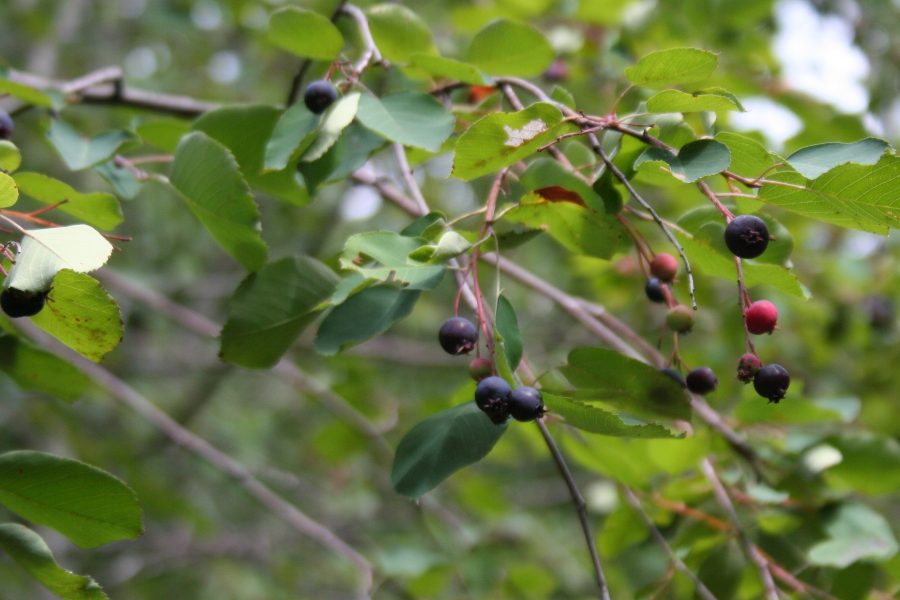 This bush tends to bear its deep purple fruit near the middle of July, and the event is eagerly awaited each summer by families living across the prairies who use the saskatoon berry as a key recipe ingredient for traditional homemade pies, cakes, and jams.

One thing I like about harvesting wild saskatoon berries is that it is much easier than picking wild blueberries, raspberries or strawberries. The only difficulty arises when the bush becomes a tree. At this point you have to get the ladder out to access the fruit located on higher branches.

These berries can be eaten fresh off the plant. They tend to last for a couple of weeks after they have been picked, especially if you keep them in the fridge. Saskatoons are also freezer-friendly. Some people recommend freezing them individually in layers on a sheet to keep them separated before putting them in bags. This is a good idea if you plan to use them whole.

Otherwise you can freeze the batch altogether, especially if you plan to use the berries in jam or blend them for a tasty saskatoon smoothie. If you rinse the berries before you freeze them, make sure they have completely dried before placing them in the freezer.

Like blueberries, saskatoon berries are loaded with antioxidants and they are rapidly gaining popularity for their distinct sweet taste and nutritional properties, which is probably why you landed on this page in the first place.

So, that’s the skinny on the fabulous saskatoon berry bush that boasts beautiful blossoms and bears tasty and healthy fruit. And despite its scrawny frame, the saskatoon bush can withstand the best and worst conditions of Canadian weather.

Go to the How To Find And Pick Blueberries page.