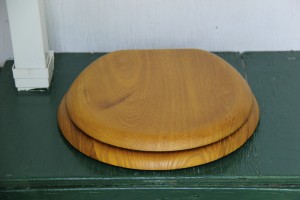 After years of complaints, I have finally changed the old oak toilet seat in the outhouse.

Indeed, it’s a sad day for all cabin kings and their favourite outhouse thrones.

The story goes back more than five years when a crack suddenly appeared on the front-right section of the old oak toilet seat that has served family and guests well for longer than anyone can remember. At first, I didn’t think the crack was an issue. After all, outhouse toilet seats should have cracks, shouldn’t they? 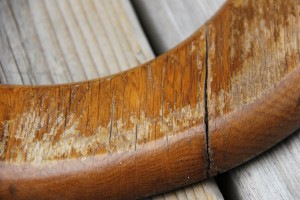 Well, legs and bums started getting pinched and that led to other gripes about anything else connected to the Johnny in the bush. Too many bugs, not enough light, critter poop on the floor, etc. As you know, the list (justified as it is), can get pretty long very quickly once the firestorm starts.

Finally, I engaged the services of a seasoned handyman (Dad) who cobbled together a solution with a small plate and a couple of screws bolted to the underside of the old throne. It took him about ten minutes and solved the problem of pinched buttocks.

But the crack still remained visible, and that isn’t acceptable for guests.

The storm blew over that summer and the issue drifted down the priority list for another two or three years. A friend’s comment last season set off the discussion once again and I finally decided it just wasn’t worth the harassment to put off the inevitable for another year.

With regret, the king’s throne is no more but the queens are quite content, and that’s really all that matters at the lake.

I just haven’t decided yet if I’m going to mount the old one on the outhouse wall.

Oak toilet seat for the outhouse