Cottage Tips > Wildlife Stories > Is a bear stalking your cottage?

Is a bear stalking your cottage? 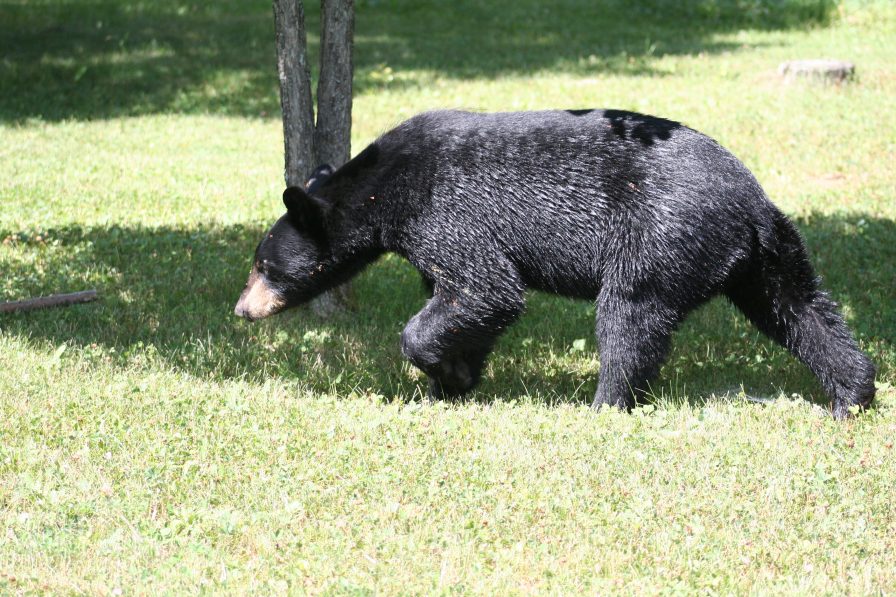 Tell-tale signs indicate a bear might be hanging out around your property or even stalking the cottage.

How do you know if a bear is on the cabin or cottage property?

Black bears are common in cottage country and most of the time they simply pass through the woods or along the shoreline without bothering to hang around.

When a passing bear has decided to stay a while, or is stalking the cabin, you can often find a trail of evidence around the cottage property.

Bear poop is the most obvious sign of a visit to the property. The freshness of the bear’s scat is a good indication of how recently the animal arrived. 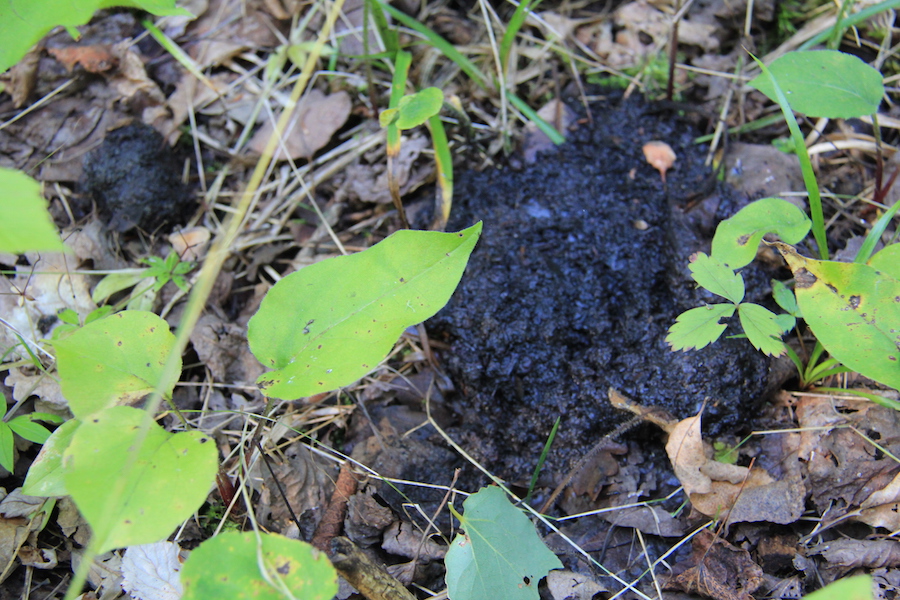 The quantity of bear scat is normally much larger than the deposits made by any of the other animals around the cabin. A bear’s droppings tend to resemble either a cow paddy or horse poop, although the scat can vary widely in shape and consistency.

During blueberry season the evidence is quite apparent and the scat looks like the picture above. In the spring it might be more difficult to determine because bears will scavenge when food is in short supply and their scat may contain fur or bits of bones.

Bears will often flip over rocks in search of insects. 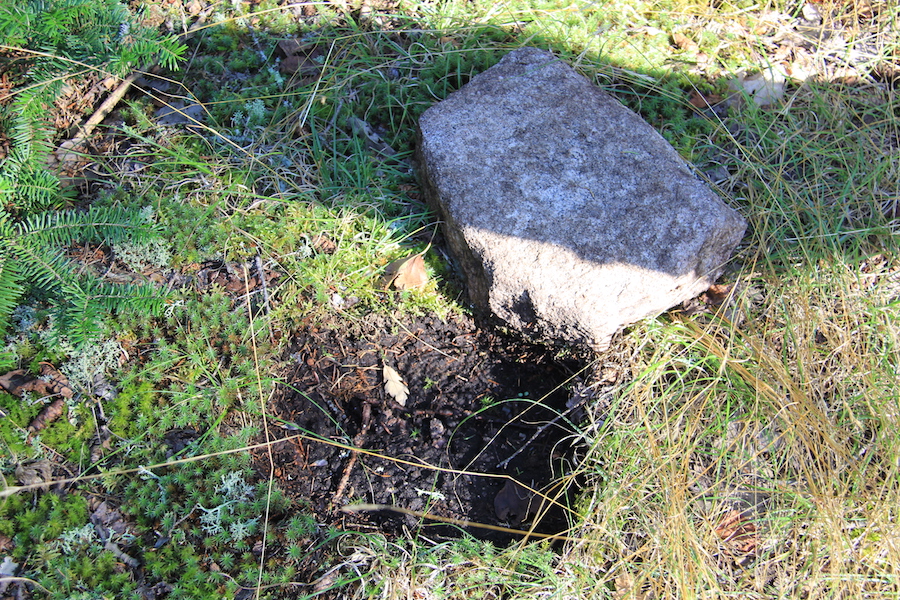 If you notice rocks that have been recently moved or overturned, especially along trails or hydro cuts, it often means a bear has passed through the area. By examining freshness of the exposed soil, you can determine if the rock was moved recently or some time ago.

Bears often rake their claws on a tree to strip off the bark. 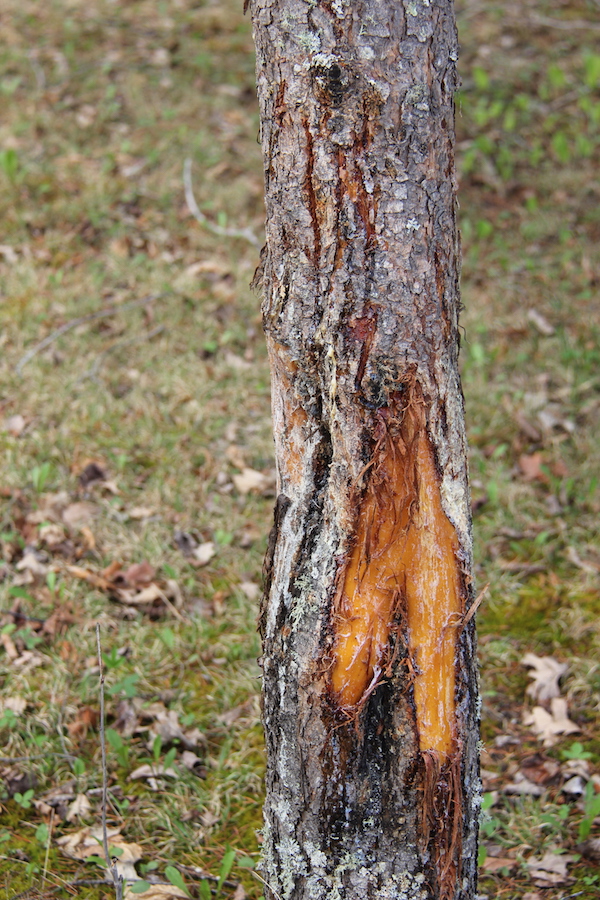 This happened to a jack pine in front of our cabin two years in a row.

I don’t know if more than one bear did the damage, but the same tree was targeted. I assume the poor jack pine is being used as a territorial marking tree.

Most of the stripped bark was missing, which could indicate the bear wanted it for bedding, but the event occurred very early in the season, so I am inclined to think the bark was eaten.

These visits are worrisome because the tree is located very close to the cabin.

Bears will also dig into ant hills or rip apart rotten logs in search of a meal. 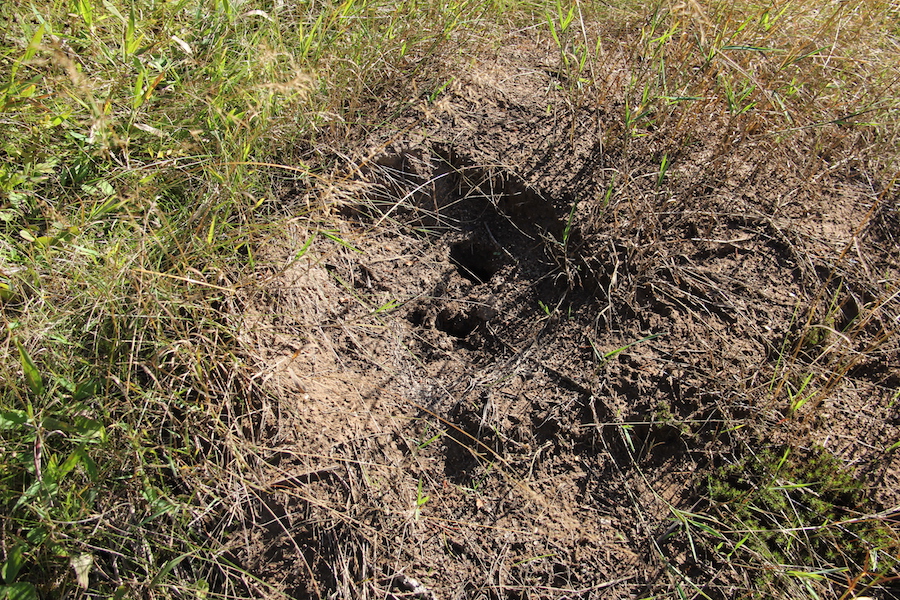 It is easy to determine if the visit was recent by examining how fresh the hole looks.

This picture was taken quite a while after the bear had made an appearance.

A Bear’s nose prints on the window

This is the probably the most obvious, and certainly the most disturbing evidence that a bear has taken a liking to the cabin. 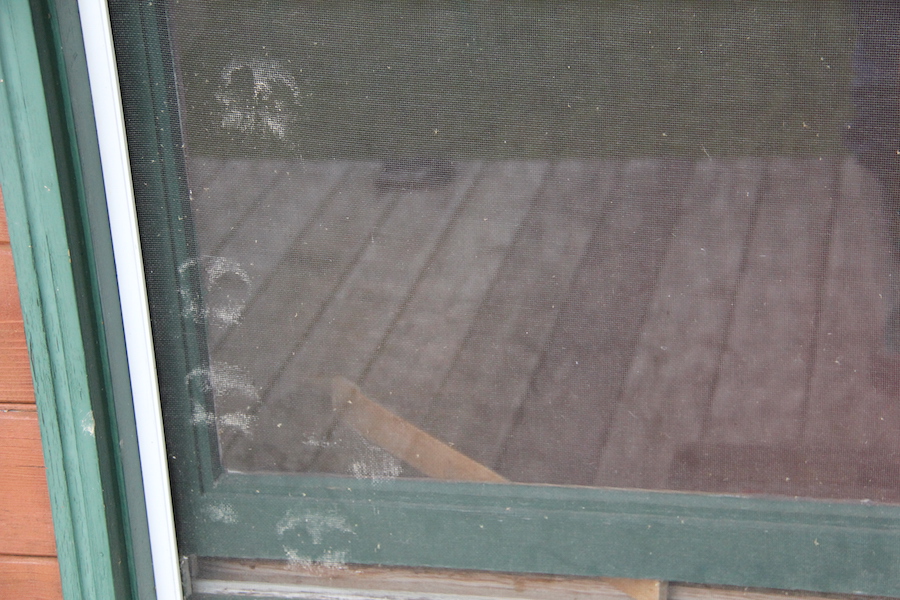 When the bear gets this close it is time to be concerned because it means the animal may have identified the cabin as a possible source of food.
The smell of garbage or even pet food can attract a bear to the building.

Bear spray and bear bells are important items to carry when hiking around the cottage, especially during berry season.

Go to our extensive bear tips page to get all the information you need on how to keep bears away from the cabin and what to do if you have a close encounter.

Check out our popular article A Black Bear Comes For Brunch to read about our editor’s personal encounter with a bear at his cabin.