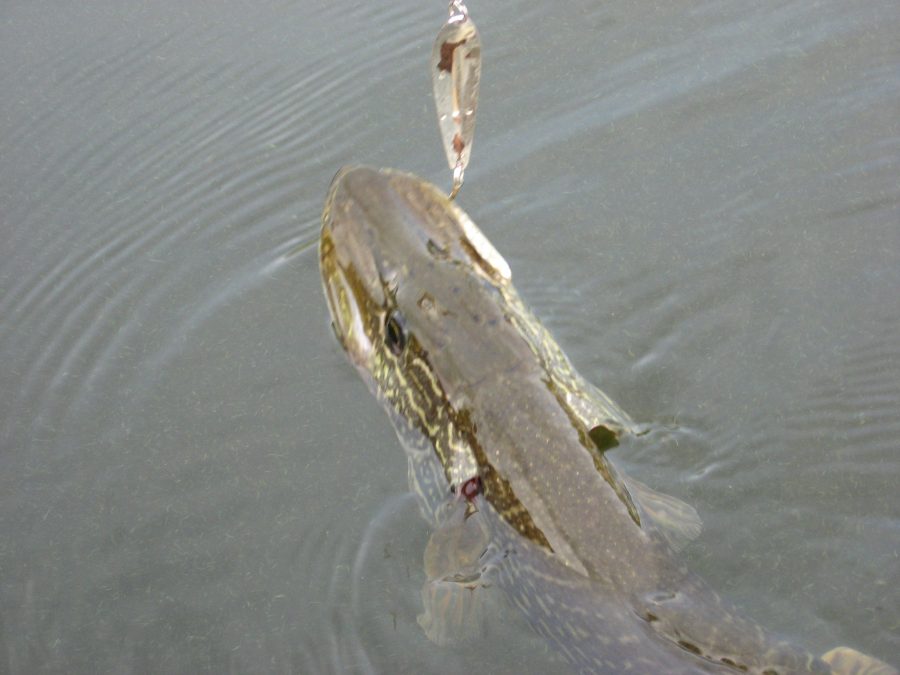 Northern pike, otherwise known as jackfish, are very aggressive predators and can grow to be larger than 40 inches in many U.S. and Canadian lakes and rivers.

Pike often inhabit waters that are also prime spots for catching walleye and bass, and there are endless stories of anglers who have landed monster pike that hammered another fish that was already on the line.

Unlike bass, which can be grabbed by the lip and hauled out of the water, pike have powerful jaws and some serious teeth, and getting a lure out of a big pike’s mouth can be difficult without special gear.

Here is some of the essential equipment every pike angler should carry in his tackle kit.

Fish glove
Pike are slimy, and trying to hold one without a proper fish glove can result in the fish being dropped, which is tough on the pike. More importantly, a pike that shakes loose can quickly embed a treble hook into a finger, which is bad news for the angler.

Mouth spreader
Pike have large mouths and often swallow a lure whole. When this happens, the hook usually gets stuck near the gills, putting your fingers at serious risk when you try to remove the bait.

Any fisherman who catches northern pike on a regular basis knows that trying to get the jaws open on a small jackfish can be a challenge, let alone on one that is pushing the 30-inch range, or even bigger.

If you only buy one piece of pike gear, the mouth spreader is the one to get.

Fishing pliers
The next item on the list should be a good set of needle nose pliers. This is the best way to remove a hook, whether it is stuck in the pike’s jaw, or located deep down toward the gills. You can use any basic pair of pliers, or pick up a set designed specifically for removing fish hooks.

Cradle net
A 40 inch pike won’t fit in most regular fishing nets, and trying to use a net that is too small normally ends badly for the fish and your net.

If you are going to fish in waters where you know big northern pike are present, it’s worthwhile to have a cradle net that is designed to handle one of these giants. This is a lot safer for the both fish and the fisherman who catches it.

The last thing you want to deal with is a big northern pike thrashing around in the bottom of the boat.

Pike lures
There are hundreds of lures marketed to catch pike, but most anglers who target this aggressive fish know the jackfish will hit just about anything that passes by its nose.

That said, the top all-time pike bait is probably this traditional spoon with a red and white design.

Go to our Pike Fishing Techniques page to get all the information you need on how to find and catch big northern pike.