Cottage Tips > Cabin Contemplations > The Canoe’s History at The Cabin

The Canoe’s History at The Cabin 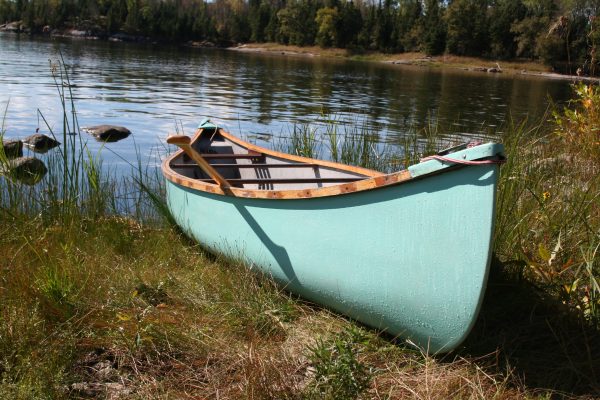 The open canoe, long embraced as the proud symbol of outdoor living, now sits abandoned and rotting away on many cottage properties.

Why have we lost our love for the traditional pleasure of canoeing in an open canoe?

The open canoe has always held a special place in the hearts of Canadians. Our history and outdoor culture have been defined by it, and in a 2007 CBC poll, Canadians rated the canoe as one of the Seven Wonders of Canada.

Many people have fond childhood memories of canoeing at a camp, and for the legions of Canadians who spend their summers in cottage country, the tradition of canoeing is a core part of their wilderness identity.

At least, it used to be.

A Bit Of History
We all know the canoe played an integral part in the early development of Canada. The First Nations communities, the voyageurs, and the Hudson’s Bay Company relied on canoes to navigate this great country, develop the fur trade, and in turn, the Canadian economy.

By the mid 1800s the fur trade was essentially dead, but the canoe still had a large fan base of recreational users.

In Peterborough, from the early 1850s until the 1960s a number of companies produced a variety of wooden canoes. The market for these traditional canoes was strong until the 1920s, but when outboard motors began to gain in popularity, it signalled the beginning of the end for wooden canoe makers.

By the late 1950s, aluminum and fiberglass canoes had hit the market providing cheaper options for canoeing enthusiasts. Canoeing remained popular, but the less expensive and more durable models changed the industry, and the demand for handmade wooden canoes was soon reduced to a fraction of its former level.

A Canadian Legend
As the seventies arrived, cottagers were mostly using outboard motors to get around the lake but recreational canoeing still had widespread support, and a lot of the credit goes to one man.

You may think that Pierre Elliot Trudeau was the most famous Canadian canoeist, but the most influential man in a canoe was arguably Winnipeg-born Bill Mason. Known by many enthusiasts as the father of canoeing in the 20th century, Mason’s books, films and wilderness adventures inspired Canadians across the country during the ’70s and ’80s to embrace the art of canoeing as a means of getting in touch with nature.

While the sport of whitewater canoeing has continued to draw more participants, the passion for casual canoeing that was inspired by Mason has struggled to find support with the next generation. In recent years, the popularity of the open canoe has fallen. Fewer people go to summer camps for their holidays, kayaks have become cool, and older cottage owners have taken up new hobbies.

Canoeing can be hard work, especially if you are battling the wind on a long trip. It’s a skill that requires a bit of practice, and the activity is usually done with two or more people.

These characteristics used to be perceived as appealing and were responsible for pulling people of all ages into the sport.

Now, the easy road and trendy path are the routes we often search for when considering our outdoor recreation.

The Appeal of Kayaks
In the past decade, the popularity of competitive canoeing and kayaking has surged. Extreme sports are all the rage, and recreational kayaks are becoming very fashionable on the lakes and rivers of cottage country.

The kayak, which is classified as a type of canoe, has certainly caught the attention of both young and old cottagers alike. It is easy to understand why. Just as skiers switched to snowboards, would-be canoeists are choosing kayaks. The kayak is easier to use and is probably better suited for one person if the objective is to simply go for a stroll on the lake.

I don’t have anything against kayaks, but I just think the open canoe deserves more respect, and it is a shame it is being abandoned. Not only is it the foundation of our culture as wilderness explorers, it also represents everything that early cottagers once searched for when they headed to the lakes and rivers looking to get away from the hustle and bustle of city life.

The sublime pleasure one gets when paddling a canoe, silently streaming across the smooth surface of an early morning lake, is unmatched. I know you can do this in a kayak, but it somehow just isn’t the same.

Family, Photos and Fishing
A day-long canoe trip with a stop on an island for a picnic or shore lunch is still a great way for families to spend quality time together. The activity is not only a fantastic form of exercise, it also requires a bit of sibling teamwork.

For the cottage shutterbug, wildlife photography is often best done using a canoe when searching for those magical shots that would otherwise be impossible to get. Loons, herons, eagles, moose, deer and otters are generally more tolerant of a canoe than an approaching motor boat.

And cottage anglers have cut themselves off from some of the best fishing opportunities in the areas around the cabin. Secluded walk-in lakes and bays separated by low water, rapids or vegetation are often only accessible by canoe. Fishing out of the canoe in these forgotten hot spots often produces some of the best action of the year.

New Canoe Routes
Despite the loss of its popularity, something exciting is on the horizon for the open canoe. A new 1200 kilometre canoe route is nearly complete and will run from Thunder Bay to Manitoba. Named the “Path of the Paddle” after Bill Mason’s famous canoeing book, the trek will consist of six sections and provide canoe trippers with some of the most spectacular canoeing opportunities on the continent.

Hopefully, the new “Path of the Paddle” will also inspire a few cottagers to consider pulling the lonely old canoe out of the bush or off the rack behind the shed and rediscover the pleasures of canoeing at the cottage.

Kirk Wipper and The Canadian Canoe Museum
Another famous Canadian canoeist, who passed away in 2011, is Kirk Wipper. Originally from Manitoba, Wipper created the Canadian Canoe Museum in Peterborough, ON by donating his extensive personal collection of canoes. As the world’s largest, the museum has over 100 canoes on display and is well worth a trip if you are in the Peterborough area.