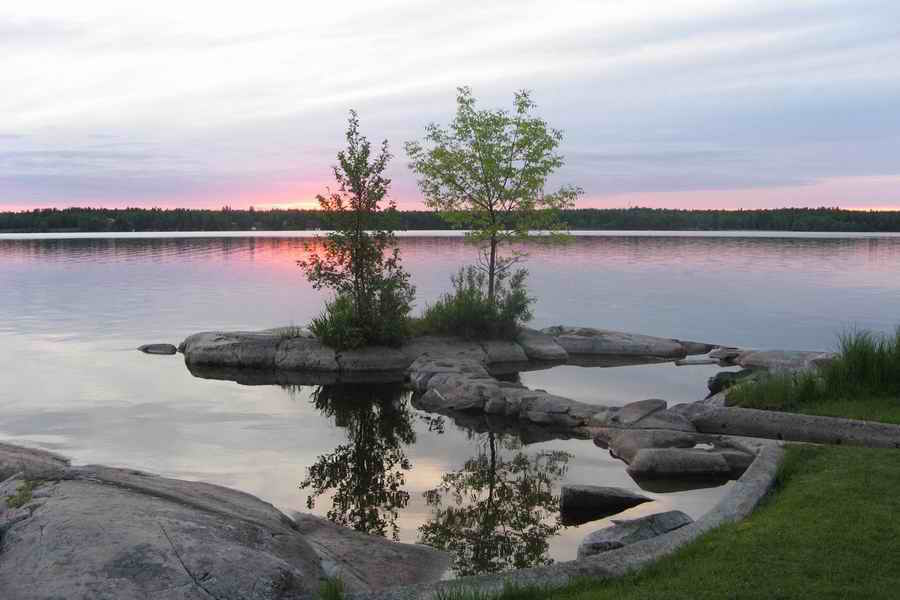 The Whiteshell Cottagers Association (WCA) is a member-driven, non-profit organization that is run by volunteers from within its membership. Directors are elected from each of the 22 populated lakes in Whiteshell Provincial Park in Manitoba to represent their lake on the Board of Directors.

The WCA was formed to “represent the interests of cottagers to the government and provide leadership and information to its members” with a mandate “to advocate for fair and reasonable service and lease fees for cottagers, and encourage good environmental stewardship on the part of cottagers and all other park users.

The total membership has risen significantly over the last several years by focusing efforts on those issues the association saw as being most important for its members.

Service & Lease Fees
The WCA has already won two successive rate freezes from the government on a program of lease rate escalation dictated by the previous administration, which was scheduled to have more than doubled lease rates from what they were three years ago. This success has already saved some members thousands of dollars each.

The WCA has also spearheaded the development of a new, province-wide Association of Cottagers Associations (known as the MPPCOA) to develop through discussion with the Province, a new basis for the annual fees for servicing and occupying crown (and private) land in Manitoba’s Provincial Parks for recreational purposes.

Environment and Infrastructure
As a result of the many letters of concern the WCA received about the lack of maintenance on infrastructure, water levels, and on environmental issues, the association instigated a committee comprised of retired engineers and environmentalists to provide insight and leadership in these areas.

Several years ago, major changes in the staffing of government departments resulted in little corporate memory or operations ability for the regulation of water levels in the park. The WCA committee now liaises effectively with the current staff of Manitoba Infrastructure to better manage the higher levels of precipitation.

Benefits for Falcon Lake
The WCA was successful in convincing Parks to carry out maintenance on boathouse access channels that had not been dredged since their original construction in the early 1960s. Once the work is completed, boathouse cottagers will no longer be pitted against the rest of the cottagers on Falcon Lake, who are constantly at risk of flooding.

An issue that is still unresolved at Falcon will unfold at an Open House being sponsored by Parks and Manitoba Infrastructure on August 26. Government will be advocating for a new “gravity drain style” level control structure which (as proven by history, and the hydrological model developed for the lake), is predictably unable to prevent flooding. The WCA prefers the slightly more expensive “pumped” control structure, which is the only option which can demonstrably prevent flooding. Government believes the additional cost of a “pumped” facility is not justified. However, the cost of repairs as well as loss of access to docks (or even the use of cottages), that the cottagers endure following a summer of above normal rainfall, do not fall to the government – and they more than outweigh the up-front savings of the lower-cost option.

The need to replace the decrepit level control structure at Falcon Lake made it much easier for the WCA to convince Parks of the need for concurrent maintenance of the drainage channels. This is now scheduled to happen, and will pay off for all Falcon Lake cottagers. The WCA will continue to work to see all of these issues addressed, in the shortest possible time.

Ongoing Efforts
The committee of eight cottagers from all over the Whiteshell has worked continuously on these and other issues affecting cottagers. For example, special effort is being made to convince both levels of government and CN Rail to fix the bottleneck that the rail crossing over the Whiteshell River creates – causing frequent severe flooding on Caddy Lake and occasional flooding on West Hawk Lake. These efforts have been underway for a couple of years, and resolution will take persistence and patience.

The WCA has done a great deal over the last four years to improve the scope and quality of the services the association provides for the cottagers in the Whiteshell, and the WCA intends to sustain this level of effort going forward. WCA members have received extraordinarily good value for their annual fee.

The WCA website can be found at www.whiteshellcottagers.com and membership application can be completed on line, or printed out and sent in by mail.

Have a great summer, and may it include the relaxation and enjoyment of a family cottage.