Cottage Tips > Tips > In The Woods > Bats in the Cabin

Bats in the Cabin 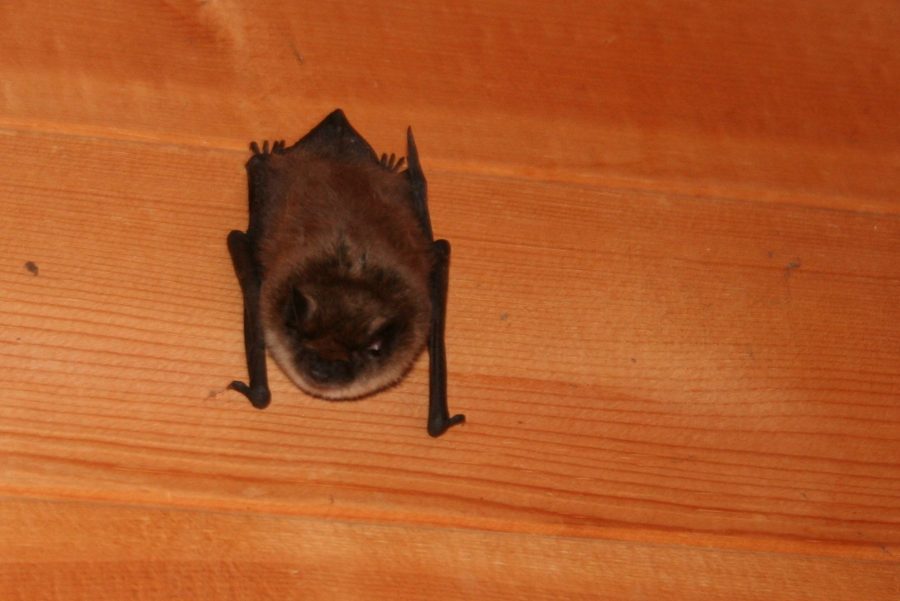 Do you have bats in your cottage?
Bats around the cabin are useful for controlling insects, but they become a big problem when they decide to move into the cottage.
So, how do you get rid of bats once they are living in the cabin?

Why do bats move into the cottage?
Bats need to spend the day in very warm places that are safe from predators.  Your insulated cabin roof or attic is an ideal spot if it receives a lot of sunshine throughout the day. Most cottages and cabins only see weekend use and are located near the water. For a bat, this is a dream location. It is generally quiet and located close to the breeding ground of its favourite meal.

Getting rid of a bat colony once it is in place is tricky business and cleaning up after the bats are gone is a different issue altogether.

When do bats move into the cottage?
In the spring, female bats gather in colonies to give birth to their offspring.  These colonies can range in size from a dozen to hundreds.  The babies are not able to fly until the end of July or early August.  If you are unfortunate enough to have bats in your cottage you must be careful.

Histoplasmosis In Bat Guano And Bat Rabies
Bats make a terrible mess. The droppings, called guano, can be a severe health risk. Histoplasmosis is a respiratory disease caused by inhaling the spores of a fungus that can grow on the bat guano in certain conditions. Bats can also carry rabies which must be treated immediately after the bite. Bat bites are dangerous because they are very small and difficult to detect.

Sealing the entry point before the end of the summer will only trap the bats in the attic. The adult mother bats will search for another exit, usually into the living area of the cottage, where they are at risk of biting you. The young bats will then die and foul up the cottage.

Anyone who has experienced the challenge of trying to catch bats in the cottage with a fishing net knows that this is a good thing to avoid.

How do you get bats out of the cottage?

Install a one-way exit for the bats in late August, as the young ones should be able to fly. This can be done using a strip of mesh screen that is stapled over the hole and runs about 12 inches along the side of the cottage.  The bats will be able to wiggle their way out at dusk but can’t get back in when they finish feeding. Over the course of the next week, all of the bats should be gone.

Seal up the hole during fall closing.

Put up a bat house on a pole the following spring.  It should be at least 20 feet high and receive a minimum of eight hours of sun exposure during the day.

Additional stories
Read our featured story: Going Batty At The Cottage about our editor’s experience with bats in his cabin.

Go to the Bat Houses Actually Work article to get some more information on installing bat houses.

Special Note: If you find a bat in the sleeping area of the cottage, especially in the rooms where children are sleeping, try to capture the bat using leather gloves and take it to the local health unit to be tested for rabies. It is also advisable to visit the doctor or hospital to see if your family members should get the required rabies shots.